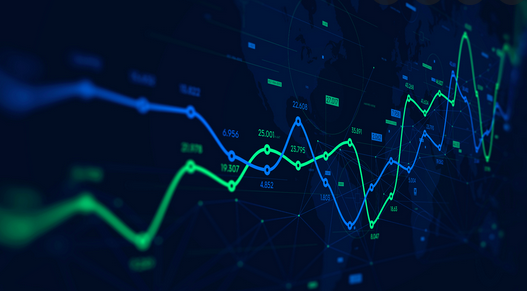 Checking in on the Federal Reserve.

Among other things, Congress asks the Federal Reserve to use its tools to promote price stability and maximum employment. Last week, economic data provided information about both.

Price stability means ensuring the prices of goods and services increase at a slow and stable pace. Last week, the Bureau of Economic Analysis reported that consumer prices rose 5.4 percent, year-over-year in February, excluding food and energy. When food and energy were included, inflation increased 6.4 percent.

Personal income increased, too, but not quite as quickly as inflation did.

The Fed’s target for inflation is 2 percent. To bring inflation into line, the Fed has begun tightening monetary policy. So far, it has ended asset purchases and started raising the federal funds target rate. Next, it will begin to shrink its balance sheet. However, the war in Ukraine and a new COVID-19 outbreak in China are complicating the Fed’s inflation calculations.

Maximum employment is “…the highest level of employment the economy can sustain without generating unwelcome inflation It describes an economy in which nearly everyone who wants to work has a job, reported Lorena Hernandez Barcena and David Wessel of Brookings.”

Not everyone who wants a job has one, but last week’s employment report from the Bureau of Labor Statistics showed the unemployment rate was quite low at 3.6 percent, overall. When the statistic is viewed by gender and race:

An Update On The Gender Wage Gap

The gender wage gap is closing for young women in a few cities across the United States. Overall, in 2019, women earned about 82 percent of what men earned. However, women under 30, who worked full time, year-round, earned as much or more than men of the same age and employment status in a few places, according to a new survey from Pew Research. The gender wage gap had closed or reversed in 22 of 250 cities reviewed.

In several cities, younger women earned more than younger men. The cities where women had made the biggest gains were:

The cities where women earned the least relative to what men earned were:

It remains to be seen whether improved wage parity can be sustained as women age. Richard Fry of Pew Research reported, “…history suggests that [women] may not maintain this level of parity with their male counterparts. For example, in 2000, the typical woman age 16 to 29 working full time, year-round earned 88% of a similar young man. By 2019, when people in this group were between the ages of 35 and 48, women were earning only 80% of their male peers, on average. Earnings parity tends to be greatest in the first years after entering the labor market.”

“What you see and what you hear depends a great deal on where you are standing. It also depends on what sort of person you are.”
—C.S. Lewis, author

PrevPrevious4 Tips to Help You Avoid Timing the Market
NextMarket Commentary | April 12, 2022Next