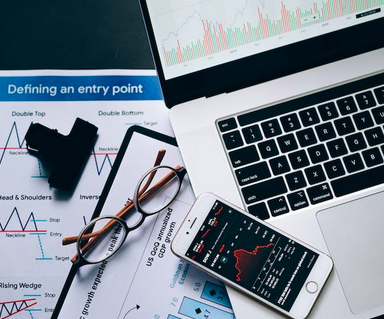 Is this a bear market rally or a new bull market?

Investment professionals are in the middle of a heated debate. Since mid-June, United States stock markets have moved higher, regaining about $7 trillion as many investors who had sold shares during the first half of the year began buying again, reported Lu Wang of Bloomberg. The debate is about whether the stock market is in the midst of a bear market rally or a new bull market.

A bull market occurs when share prices rise steadily over time. In a recent Morning Briefing on LinkedIn, Edward Yardeni of Yardeni Research, explained the debate:

“From a fundamental perspective, the bears expect that inflation will remain elevated, forcing the Fed to raise interest rates much higher, causing a severe recession. The bulls, like us, believe that inflation might have peaked in June and that the Fed is likely to pause for a while following one more rate hike of [0.50 to 0.75 percent] in late September. The bears see lots more downside for earnings and valuation multiples. We see flattening corporate earnings through the end of this year and believe that forward valuation multiples bottomed on June 16. In our bullish narrative, the market could move sideways for a while before moving to new record highs next year.”

Will Daniel of Fortune reported, “Morgan Stanley has repeatedly argued that the recent stock market rally is nothing but a bear market trap, while Bank of America has warned that stocks have more room to fall based on historical trends.”

In an effort to determine whether it is possible to distinguish bull markets from bear market rallies, one Minnesota research group examined data going back 65 years, reported Bloomberg. “The answer is that it remains next to impossible to say in real time which ones will last. Methods people claim work often fall apart when looked at rigorously.”

The Inflation Reduction Act of 2022, which was recently signed into law, offers some financial incentives for households and businesses that are ready to begin transitioning to cleaner energy. Here are a few of the key tax breaks and rebates for individuals.

$7,500 tax credit for a new electric vehicle (EV). Anyone who purchases an electric, plug-in hybrid, or hydrogen fuel cell vehicle between now and 2032 may qualify for up to $7,500 in tax credits. Americans who purchase used EVs may qualify to receive up to $4,000 in tax credits or 30 percent of the sale price, whichever is less, reported Greg Iacurci of CNBC. Next year, car buyers will be able to choose whether to take the tax credit as a discount at the point of purchase, reported Kelley R. Taylor of Kiplinger.

These credits could give the EV market a boost if consumers who were deterred by the higher cost of electric vehicles, reconsider the option. Consumer Reports recently found that “the latest generation of mainstream EVs typically cost less to own than similar gas-powered vehicles, a new development in the automotive marketplace with serious potential consumer benefits.”

Tax credit for solar panels and other renewable energy sources. There is also a tax credit available for consumers who install solar panels or other equipment designed to capture and store renewable energy from wind, geothermal, and biomass fuel, reported CNBC. The credit extends and enhances an existing program. Under the current rules, homeowners who complete clean energy projects may qualify for a tax credit of up to 30 percent of the cost if the project is done before 2032. The credit falls to 26 percent in 2033, and 22 percent in 2034.

$2,000 annual tax credit for improving home energy efficiency. From 2022 through 2032, homeowners may receive a tax credit for installing energy-efficient windows, skylights, water heaters, and doors, as well as electric or natural gas heat pumps, and biomass stoves or boilers.

The legislation also includes rebate programs, which will be administered by state governments, for consumers who cut home energy use by at least 20 percent.

“I always want to say to people who want to be rich and famous: try being rich first. See if that doesn’t cover most of it. There’s not much downside to being rich, other than paying taxes and having your relatives ask you for money. But when you become famous, you end up with a 24-hour job.
—Bill Murray, actor