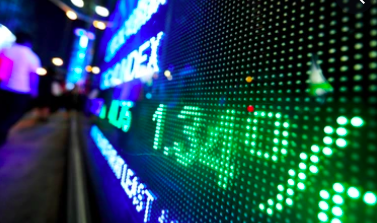 The FOMC met on March 16 and did exactly what most people expected them to do. They raised the federal funds target rate by a quarter point. Federal Reserve Chair Jerome Powell said the Fed expects to continue to raise rates and reduce its balance sheet during 2022 to lower inflation.

The bond market appeared to give the Fed a vote of confidence. The yield on the two-year UST, which is the maturity that’s most sensitive to expectations for future rate hikes, rose from 1.75 percent at the end of last week to 1.97 percent. The yield on the benchmark 10-year UST also increased, but not by as much.

Randall Forsyth of Barron’s reported, “…moves in the Treasury market add up to a marked flattening in the slope of the yield curve, a classic signal the market foresees a slowing of real growth along with an eventual diminution of inflation pressures.”

In an ideal circumstance, the Fed would engineer a “soft landing” by pushing demand for goods down just enough to quash inflation without causing the U.S. economy going into recession. However, the Putin effect is making the Fed’s job harder. Fed Chair Powell stated:

“…the implications of Russia’s invasion of Ukraine for the U.S. economy are highly uncertain. In addition to the direct effects from higher global oil and commodity prices, the invasion and related events may restrain economic activity abroad and further disrupt supply chains, which would create spillovers to the U.S. economy through trade and other channels. The volatility in financial markets, particularly if sustained, could also act to tighten credit conditions and affect the real economy…We will need to be nimble in responding to incoming data and the evolving outlook.”

If you live in a state with daylight savings time, this may be the mnemonic device you use to remember that clocks gain an hour in March and lose an hour in November.

The idea of daylight savings time was touted by Ben Franklin, but it didn’t really catch on until World War I, reported The Economist. At that time, Britain, France and Germany decided that adding an extra hour of daylight would reduce coal usage and help the war effort, so they moved clocks forward for several months.

Changing time isn’t popular today. A survey taken in the U.S. last November found that, overall, about six in 10 Americans would prefer not to have a time change, reported Kathy Frankovic of YouGovAmerica.

Last week, the U.S. Senate unanimously passed the Sunshine Protection Act, a bill that would make daylight savings time the new permanent “standard time”. If the House of Representatives agrees the U.S. will have later sunsets all year round, beginning in 2023.

There may be economic advantages to adopting daylight savings time. Economists say that restaurants, retail stores and leisure businesses benefit from longer days, reported Angel Adegbesan of Bloomberg. There could be some disadvantages, too. Randyn Charles Bartholomew of Scientific American explained:

“Our wakefulness is governed by a circadian rhythm inside us linked to the solar cycle. Although many sleep researchers approve of ending the clock changes, they prefer the use of standard time… Less sunlight in the morning makes it harder for us humans to get started in the day, and more sunlight in the evening makes it harder to get to sleep. Darkness is a signal…that it’s time to start producing more melatonin, which is our body’s cue to lower internal temperature and start feeling sleepy. Early morning light…cause our bodies to stop melatonin production so we can feel wakeful throughout the day.”

That may be why making daylight savings time permanent was so unpopular the last time Congress did it, in the 1970s. The law was repealed after 16 months.

“No man is an island, entire of itself; every man is a piece of the continent, a part of the main. If a clod be washed away by the sea, Europe is the less, as well as if a promontory were, as well as if a manor of thy friend’s or of thine own were: any man’s death diminishes me, because I am involved in mankind, and therefore never send to know for whom the bell tolls; it tolls for thee.”
—John Donne, writer and poet