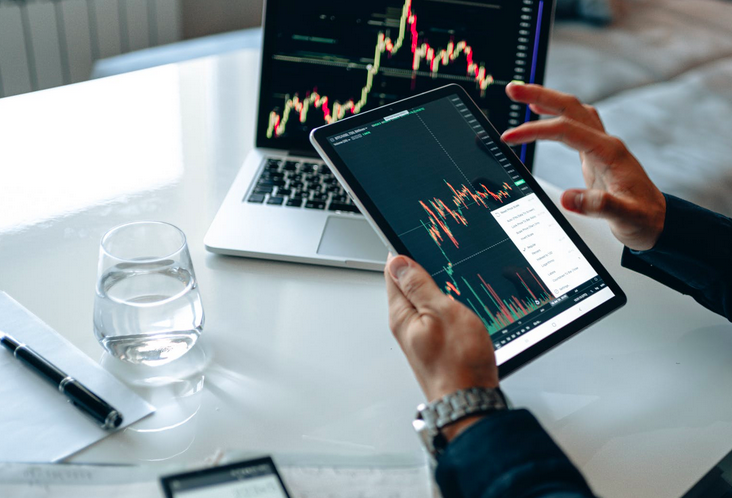 Big economies tend to recover from recessions about as quickly as semi-trucks accelerate from stop lights. In other words, recovery tends to be slow. That may not be the case this time.

“Everything in this economic cycle is happening at great speed. That is in part a reflection of the scale of economic stimulus, and not only from the [Federal Reserve]. One big fiscal package seems set to follow another. A $1.9trn package has barely passed and a $3trn infrastructure bill is mooted,” reported The Economist.

Economic recovery has helped push stock prices higher, and concerns about inflation have pushed bond yields higher. Here are a few highlights from the first quarter of 2021:

Vaccination Nation
Vaccine debates pepper small talk. Social media posts feature tips about finding appointments, as well as inoculation selfies and photos of vaccine cards. So far, about 31 percent of Americans have received one dose of a vaccine and 18 percent are fully vaccinated, reported the Centers for Disease Control.

Confident Consumers
Vaccine progress, in tandem with stimulus payments and easing business restrictions, helped lift consumer confidence. The Conference Board Consumer Confidence Index® rose from 88.9 in January to 90.4 in February. The March number exceeded even the most optimistic economic forecasts, reported Payne Lubbers of Bloomberg, rising to 109.7.

Jobs, Jobs, Jobs
In March, the employment report exceeded expectations, too. The U.S. Labor Department reported 916,000 new jobs were created. That was higher than the 675,000 jobs forecast by a Dow Jones survey of economists, reported Jeff Cox of CNBC. Leisure and hospitality sectors, which were hard hit by the pandemic, were job gain leaders in February and March.

An improving rate of job creation was welcome news. By government measures, the unemployment rate was about 6 percent. However, in early March, Treasury Secretary Janet Yellen told PBS News Hour, “We still have an unemployment rate that, if we really measure it properly, taking account of all the four million people who’ve dropped out of the labor force, it’s really running at 10 percent.”

Bond Yields Rise
For more than a decade, professional money managers have been predicting the end of the 40-year bull market in bonds – and they have been wrong. Since 1981 when rates on 10-year Treasuries were almost 16 percent, Treasury rates have trended lower.

That changed during the first quarter. Alexandra Scaggs of Barron’s reported:

“The Treasury market just posted its worst quarterly performance in more than 40 years, with investors betting on a strong U.S. economic recovery from COVID-19…In theory, the selloff in Treasuries should have left markets that trade at a yield premium to Treasuries, such as corporate debt, in a better position…Yet higher-rated and safer corporate bonds posted losses for the quarter as well, because of their high levels of duration or sensitivity to Treasury yields.”

The one-year numbers in the scorecard remain noteworthy. They reflect the strong recovery of U.S. stocks from last year’s coronavirus downturn to the present day.

How Many Ways Can You Say Money?

Slang is used by groups of people to distinguish themselves from other groups. Sometimes, slang terms become so well known, they are adopted for general use. See what you know about money slang by taking this brief quiz.

In the 1800s, the name of an American political party included a slang term for money. What was it called?
A.Spondilux Party
B.Long Green Party
C.Greenback Party
D.Moolah Party

“Slang is a language that rolls up its sleeves, spits on its hands, and goes to work.”
—Carl Sandburg, American poet, journalist, and editor

Investment advisory services offered through Keystone Financial Services, an SEC Registered Investment Advisor. These views are those of Carson Coaching, and not the presenting Representative, the Representative’s Broker/Dealer, or Registered Investment Advisor, and should not be construed as investment advice. This newsletter was prepared by Carson Coaching. Carson Coaching is not affiliated with the named firm or broker/dealer.The Consumer Confidence Index is a survey, administered by The Conference Board, that measures how optimistic or pessimistic consumers are regarding their expected financial situation. Government bonds and Treasury Bills are guaranteed by the U.S. government as to the timely payment of principal and interest and, if held to maturity, offer a fixed rate of return and fixed principal value. However, the value of fund shares is not guaranteed and will fluctuate. Corporate bonds are considered higher risk than government bonds but normally offer a higher yield and are subject to market, interest rate and credit risk as well as additional risks based on the quality of issuer coupon rate, price, yield, maturity, and redemption features. The Standard & Poor’s 500 (S&P 500) is an unmanaged group of securities considered to be representative of the stock market in general. You cannot invest directly in this index. All indexes referenced are unmanaged. The volatility of indexes could be materially different from that of a client’s portfolio. Unmanaged index returns do not reflect fees, expenses, or sales charges. Index performance is not indicative of the performance of any investment. You cannot invest directly in an index. The Dow Jones Global ex-U.S. Index covers approximately 95% of the market capitalization of the 45 developed and emerging countries included in the Index. The 10-year Treasury Note represents debt owed by the United States Treasury to the public. Since the U.S. Government is seen as a risk-free borrower, investors use the 10-year Treasury Note as a benchmark for the long-term bond market. Gold represents the 3:00 p.m. (London time) gold price as reported by the London Bullion Market Association and is expressed in U.S. Dollars per fine troy ounce. The source for gold data is Federal Reserve Bank of St. Louis (FRED), https://fred.stlouisfed.org/series/GOLDPMGBD228NLBM. The Bloomberg Commodity Index is designed to be a highly liquid and diversified benchmark for the commodity futures market. The Index is composed of futures contracts on 19 physical commodities and was launched on July 14, 1998. The DJ Equity All REIT Total Return Index measures the total return performance of the equity subcategory of the Real Estate Investment Trust (REIT) industry as calculated by Dow Jones. The Dow Jones Industrial Average (DJIA), commonly known as “The Dow,” is an index representing 30 stock of companies maintained and reviewed by the editors of The Wall Street Journal. The NASDAQ Composite is an unmanaged index of securities traded on the NASDAQ system. International investing involves special risks such as currency fluctuation and political instability and may not be suitable for all investors. These risks are often heightened for investments in emerging markets. Yahoo! Finance is the source for any reference to the performance of an index between two specific periods. The risk of loss in trading commodities and futures can be substantial. You should therefore carefully consider whether such trading is suitable for you in light of your financial condition. The high degree of leverage is often obtainable in commodity trading and can work against you as well as for you. The use of leverage can lead to large losses as well as gains. Opinions expressed are subject to change without notice and are not intended as investment advice or to predict future performance. Economic forecasts set forth may not develop as predicted and there can be no guarantee that strategies promoted will be successful. Past performance does not guarantee future results. Investing involves risk, including loss of principal. The foregoing information has been obtained from sources considered to be reliable, but we do not guarantee it is accurate or complete. There is no guarantee a diversified portfolio will enhance overall returns or outperform a non-diversified portfolio. Diversification does not protect against market risk. Asset allocation does not ensure a profit or protect against a loss. Consult your financial professional before making any investment decision. Please contact our office if you would like a list of sources used in creating this content.

PrevPreviousWeekly Commentary | March 30, 2021
NextTips for Making the Most of Your InheritanceNext