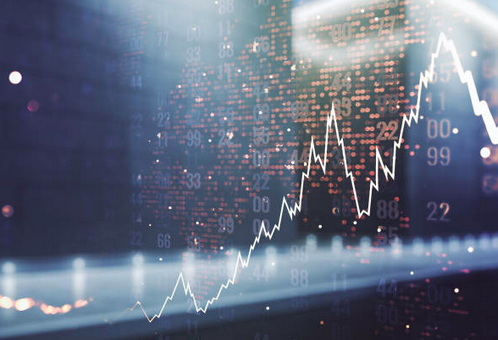 “The S&P 500 rose 2.4 percent, its biggest one-day jump since June 2020, while the technology-heavy Nasdaq composite rose 3.1 percent. Friday’s gain snapped a three-day streak of losses and left the S&P 500 up 0.8 percent for the week, its first weekly gain this year,” reported Coral Murphy Marcos of The New York Times.

The change in direction may have reflected:

Confidence in the resilience of the U.S. economy. The U.S. economy grew 6.9 percent in the fourth quarter of 2021, despite the spread of the Omicron variant. Over the full year, the economy expanded by 5.7 percent. It was the strongest quarterly growth since 1972 and the strongest annual growth since 1984, reported the Bureau of Economic Analysis.

Strong corporate profits. One-third of the companies in the Standard & Poor’s 500 Index have shared how well they did during the fourth quarter. So far, profits were up about 24 percent for the quarter and more than 45 percent for the full year, as measured by the blended earnings growth rate. Above-average earnings growth reflects easy comparisons to weaker earnings in 2020, as well as strong earnings growth in 2021, reported to John Butters of FactSet.

A buy-the-dip impulse. After three consecutive weeks of declines, the S&P 500 is down about 7 percent for the year. Some investors may have identified buying opportunities created as the market repriced in anticipation of rising interest rates.

It’s difficult to know which direction markets will go next; however, an asset manager cited by Nicholas Jasinski of Barron’s characterized the January drop as:

“…a ‘garden variety technical correction,’ as opposed to a more pernicious cyclical downturn or systemic problem facing the market. Stocks aren’t falling because analysts are lowering profit forecasts en masse, or because economists are predicting a recession on the horizon. Instead, the correction has taken place because of how richly the market is valued.”

Major U.S. stock indices were flat or up for the week, according to Al Root of Barron’s. The yield on 10-year U.S. Treasuries rose during the week before subsiding.

What Do You Know About the Space Economy?

Space exploration is making a comeback. Bill Nye, the Science Guy, and Ms. Frizzle of Magic School Bus fame both have series featuring outer space. Venture capital firms have begun to spend more than ever before on space companies. They invested $17.1 billion in 2021, up from $9.1 billion in 2020, reported Space Investment Quarterly. And the Bureau of Economic Analysis has begun developing statistics to measure the contributions of space-related industries to the U.S. economy.

See what you know about the space economy by taking this brief quiz.

In 2019, a European spacecraft had to perform an evasive maneuver to avoid a collision with to a private company’s satellite. As the space economy grows and space gets more crowded, the world may need:
A) Space traffic awareness
B) A regulatory framework defining space rights of way
C) Cooperation between multiple nations
D) All of the above

Which country has an ambitious five-year plan for spaceflight and exploration?
A) United States
B) Russia
C) China
D) Sweden

Several companies are using satellite technology to search for solutions to climate issues. These companies are:
A) Monitoring global emissions
B) Improving agricultural crop growth
C) Identifying targets for conservation and reforestation investment
D) All of the above

“The Earth is the cradle of humanity, but mankind cannot stay in the cradle forever.”
—Konstantin Tsiolkovsky,scientist