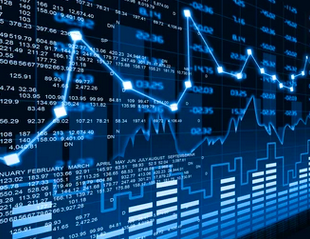 The world is about halfway back to normal.

The Economist developed the Global Normalcy Index (GNI) to measure the post-pandemic return to normal. In March 2020, the GNI was 35 overall, with 100 being the normal pre-pandemic level. At the end of the second quarter, the worldwide GNI was 66, or about halfway back to normal.

Activity in the United States has been recovering faster than in other nations. The U.S. GNI was 72.8 on June 30. However, recovery in the U.S. has been uneven. For instance:

Employment is improving, but more slowly than anticipated. Last week’s jobs report showed a better-than-expected gain of 850,000 jobs in June. However, April and May jobs reports were below economists’ expectations, reported Randall Forsyth of Barron’s. In June, the unemployment rate was 5.9 percent, which is an improvement on the double-digit pandemic unemployment rate, but above the pre-pandemic level of 3.5 percent.

Workers are leaving jobs. Hidden among the employment data was a surprising trend that some have dubbed ‘The Great Resignation.’ In June, 942,000 Americans – 9.9 percent of those who were unemployed – were job leavers. They had resigned from their jobs. For comparison, the number of people leaving jobs during the entire second quarter of 2019 was 809,000.

“As pandemic life recedes in the U.S., people are leaving their jobs in search of more money, more flexibility and more happiness. Many are rethinking what work means to them, how they are valued, and how they spend their time,” reported Andrea Hsu of NPR.

Prices are rising more quickly than anticipated. Anyone who shopped for groceries for a Fourth of July barbecue or made an above-asking-price offer for a house (and waived the inspection), knows that prices have moved higher.

Core Personal Consumption Expenditures (PCE without food or energy), which is the Fed’s favored measure for inflation, rose steadily during the second quarter. In May, core PCE was up 3.4 percent. When food and energy were included, PCE was up 3.9 percent.

Inflation concerns consumers. Consumer sentiment was up year-over-year from May 2020 to May 2021. However, inflation dampened sentiment and expectations declined from April 2021 to May 2021, according to the University of Michigan’s Surveys of Consumers.

“Twice as many consumers expected that the inflation rate would be 5% or more in the year-ahead rather than 2% or below (44% versus 22%). Importantly, consumers still anticipated declining inflation over the longer term,” reported Director of Surveys Richard Curtin.

The Delta variant is a wild card. At the end of last week, about 182 million Americans (64 percent of the population age 12 or older) had received at least one dose of a COVID-19 vaccine, and 157 million were fully vaccinated (55 percent of the population age 12 or older), per the Centers for Disease Control and Prevention. That helped reduce the number of COVID-19 cases and deaths, so the country could begin to move back toward ‘normal.’

Last week, the number of coronavirus cases in the U.S. began to creep higher as the highly contagious Delta variant spread. It was responsible for about 20 percent of new U.S. cases. Tanya Lewis of Scientific American reported, “Several experts said they do not expect the Delta variant to cause a nationwide surge here in the U.S. like the one that occurred last winter. But they do anticipate localized outbreaks in places where vaccination rates remain low.”

(The one-year numbers in the scorecard below remain noteworthy. They reflect the strong recovery of U.S. stocks from last year’s coronavirus downturn to the present day.)

Low mortgage rates, high demand for homes and a limited supply of existing homes have pushed the cost of housing through the roof. In May, U.S. home prices were 23.6 percent higher than they were a year ago. The median sale price for an existing home was $350,300, and properties were selling at a rapid clip. Sales were constrained primarily by a lack of inventory and reduced affordability, reported the National Association of Realtors (NAR).

Housing prices are higher around the globe. Sweden, Denmark, Russia, Canada, South Korea, Taiwan, the United Kingdom, and other nations have seen home prices increase, too, reported Delphine Strauss and Colby Smith of the Financial Times.

While high demand and rising prices are good for homeowners, the phenomenon has economists and policymakers worried. “…The runaway market holds two concerns…First, prices could spiral into bubble territory, making economies vulnerable to a sudden market correction that would hit household wealth…Second, home ownership could become even more unaffordable for young people and key workers who were already priced out of many areas before the pandemic — entrenching inequalities between generations…”

“If you are always trying to be normal, you will never know how amazing you can be.”
― Maya Angelou, Poet