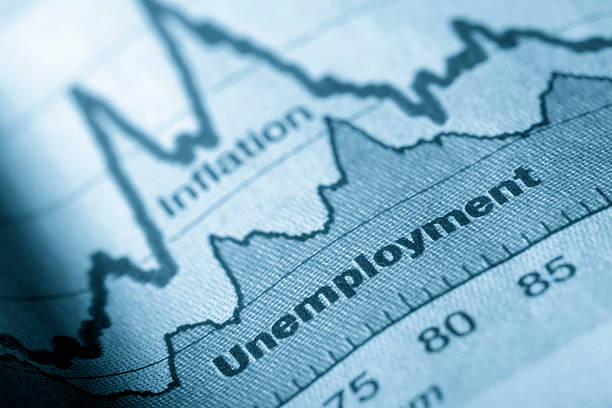 The number of Americans applying for first-time unemployment benefits declined. Just 684,000 people filed claims during the week of March 20, down 97,000 from the week before, according to last week’s report from the Labor Department.

Granted, that’s a large number – higher than the highest number of first-time claims during the Great Recession – but it’s the smallest we’ve seen since the pandemic began, according to Christopher Rugaber of the AP. He wrote:

“Economists are growing more optimistic that the pace of layoffs, which has been chronically high for a full year, is finally easing…Still, a total of 18.9 million people are continuing to collect jobless benefits…Roughly one-third of those recipients are in extended federal aid programs, which means they’ve been unemployed for at least six months.”

Consumer sentiment also improved, according to data released last week. The University of Michigan’s Index of Consumer Sentiment was up 10.5 percent month-to-month, although it remained down year-over-year. Perceptions of current economic conditions improved, too. Surveys of Consumers chief economist Richard Curtin reported:

“Consumer sentiment continued to rise in late March, reaching its highest level in a year due to the third disbursement of relief checks and better than anticipated vaccination progress…The majority of consumers reported hearing of recent gains in the national economy, mainly net job gains. The data clearly point toward robust increases in consumer spending. The ultimate strength and duration of the spending surge will depend on the rate of draw-downs in savings since consumers anticipate a slower pace of income growth.”

(The one-year numbers in the scorecard are noteworthy. They reflect the strong recovery of U.S. stocks from last year’s coronavirus downturn to the present day.)

Until last week, about 50 vessels, transporting approximately 10 percent of global trade, sailed through the Suez Canal every day, reported Scott Neuman and Jackie Northam of NPR.

The canal is a shortcut that makes it possible for ships to travel from Asia and the Middle East to Europe without sailing all the way around Africa’s Cape of Good Hope, a route that’s both less secure (pirates) and more expensive (time, insurance, and fuel), according to David Sheppard, Harry Dempsey, Leo Lewis, and Kana Inagaki of Financial Times.

That changed on Tuesday when one of the largest container ships in the world became wedged in the canal, blocking traffic in both directions, reported Sudarsan Raghavan and Antonia Noori Farzan of The Washington Post.

The effect on global trade, supply chains, and consumers has yet to be determined. “Like much else about the situation, it depends on how long it goes on. A weeklong delay for a few hundred ships at the Suez might have only a negligible impact for consumers, but a prolonged delay could increase the cost of shipping, complicate manufacturing, and ultimately drive up prices,” reported NPR.

Prior to the shutdown at the Suez Canal, container shipping costs were already rising. The increase was due, in part, to a shortage of shipping containers. In early February, The Economist reported, “Surging demand for goods and a shortage of empty containers at Asian ports have sent container-shipping costs rocketing…The Freightos Baltic Index, a measure of container-freight rates in 12 important maritime lanes, has increased from $2,200 to $4,000 per container…”

On Sunday, preparations were being made to unload some of the 18,000 containers the wedged ship carries to facilitate refloating, reported Yuliya Talmazan of NBC News.

“Everything in a modern container port is enormous, overwhelming, crushing. Kendal, of course, but also the thundering trucks, the giant boxes in many colors, the massive gantry cranes that straddle the quay, reaching up ten stories and over to ships that stretch three football pitches in length. There are hardly any humans to be seen.”
–Rose George, British journalist and author

Investment advisory services offered through Keystone Financial Services, an SEC Registered Investment Advisor. These views are those of Carson Coaching, and not the presenting Representative, the Representative’s Broker/Dealer, or Registered Investment Advisor, and should not be construed as investment advice. These views are those of Carson Coaching, not the presenting Representative, the Representative’s Broker/Dealer, or Registered Investment Advisor, and should not be construed as investment advice.This newsletter was prepared by Carson Coaching. Carson Coaching is not affiliated with the named firm or broker/dealer. Government bonds and Treasury Bills are guaranteed by the U.S. government as to the timely payment of principal and interest and, if held to maturity, offer a fixed rate of return and fixed principal value. However, the value of fund shares is not guaranteed and will fluctuate. Corporate bonds are considered higher risk than government bonds but normally offer a higher yield and are subject to market, interest rate and credit risk as well as additional risks based on the quality of issuer coupon rate, price, yield, maturity, and redemption features. The Standard & Poor’s 500 (S&P 500) is an unmanaged group of securities considered to be representative of the stock market in general. You cannot invest directly in this index. All indexes referenced are unmanaged. The volatility of indexes could be materially different from that of a client’s portfolio. Unmanaged index returns do not reflect fees, expenses, or sales charges. Index performance is not indicative of the performance of any investment. You cannot invest directly in an index. The Dow Jones Global ex-U.S. Index covers approximately 95% of the market capitalization of the 45 developed and emerging countries included in the Index. The 10-year Treasury Note represents debt owed by the United States Treasury to the public. Since the U.S. Government is seen as a risk-free borrower, investors use the 10-year Treasury Note as a benchmark for the long-term bond market. Gold represents the 3:00 p.m. (London time) gold price as reported by the London Bullion Market Association and is expressed in U.S. Dollars per fine troy ounce. The source for gold data is Federal Reserve Bank of St. Louis (FRED), https://fred.stlouisfed.org/series/GOLDPMGBD228NLBM. The Bloomberg Commodity Index is designed to be a highly liquid and diversified benchmark for the commodity futures market. The Index is composed of futures contracts on 19 physical commodities and was launched on July 14, 1998. The DJ Equity All REIT Total Return Index measures the total return performance of the equity subcategory of the Real Estate Investment Trust (REIT) industry as calculated by Dow Jones. The Dow Jones Industrial Average (DJIA), commonly known as “The Dow,” is an index representing 30 stock of companies maintained and reviewed by the editors of The Wall Street Journal. The NASDAQ Composite is an unmanaged index of securities traded on the NASDAQ system. International investing involves special risks such as currency fluctuation and political instability and may not be suitable for all investors. These risks are often heightened for investments in emerging markets. Yahoo! Finance is the source for any reference to the performance of an index between two specific periods. The risk of loss in trading commodities and futures can be substantial. You should therefore carefully consider whether such trading is suitable for you in light of your financial condition. The high degree of leverage is often obtainable in commodity trading and can work against you as well as for you. The use of leverage can lead to large losses as well as gains. Opinions expressed are subject to change without notice and are not intended as investment advice or to predict future performance. Economic forecasts set forth may not develop as predicted and there can be no guarantee that strategies promoted will be successful. Past performance does not guarantee future results. Investing involves risk, including loss of principal. The foregoing information has been obtained from sources considered to be reliable, but we do not guarantee it is accurate or complete. There is no guarantee a diversified portfolio will enhance overall returns or outperform a non-diversified portfolio. Diversification does not protect against market risk. Asset allocation does not ensure a profit or protect against a loss. Consult your financial professional before making any investment decision. Please contact our office if you would like a list of sources used in creating this content.