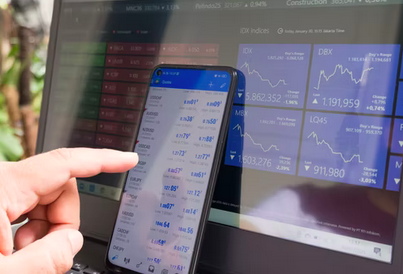 Last week, the Standard & Poor’s 500 (S&P 500) Index closed at a record high for the 68th time this year. That’s the second-highest number of record closes in a single year. The highest number occurred during 1995, when the S&P 500 had 77 record highs, reported Reuters. That was the year the Dow Jones Industrial Average passed 4,000 for the first time and then rose above 5,000, reported Wayne Duggan of Benzinga.

“The market deserves to celebrate. [COVID] brought death and dislocation, but we tend to pay too little heed to what didn’t happen. If vaccines hadn’t changed the pandemic’s trajectory, the U.S. would have suffered nearly 1.1 million additional deaths and 10 million more hospitalizations – according to an epidemiological model by the Commonwealth Fund cited this past week in the Journal of the American Medical Association,” reported Bill Alpert of Barron’s.

That may be the case, but investors were likely focused on expectations for consumer sentiment, economic growth and corporate earnings.

The Conference Board reported that the consumer outlook for income, business and labor market conditions improved significantly in December, rising from 90.2 to 96.9. A growing share of survey respondents plan to buy houses, cars and major appliances during the next six months. The number of people planning vacations increased, too, reported Lucia Mutikani of Reuters.

All sectors of the S&P 500 Index are expected to have had positive year-over-year earnings growth in 2021. Energy, Industrials, Materials, Consumer Discretionary and Financials sectors have experienced the strongest growth.

We hope the new year is filled with good health and prosperity.

Beeple, The Ever Given and Billionaires in Space…

If you had to describe 2021 with a single word, what would you choose? Innovative? Frustrating? Too much? Something saltier? It certainly wasn’t an easy year but, in many ways, it was better than the preceding one. As we say goodbye to 2021, let’s not forget:

Beauty is in the eye of the beholder. Non-fungible tokens were among the manias that gripped the global community during 2021. Consider the case of Beeple, a digital artist from Wisconsin who is also known as Mike Winkelmann. Before 2021, the highest price commanded by a Beeple print was $100, reported Jacob Kastrenakes of The Verge. Then his collage, The First 5000 Days, became the first digital artwork offered for sale by a prestigious auction house. It sold for more than $69 million.

Commenting on a picture in the collage, the visionary digital artist said, “It’s a picture of my Uncle Jim, who I nicknamed Uber Jay. I probably would have spent more time on this, had I known it would eventually be part of a piece auctioned by Christie’s!”

Misadventures of the Ever Given. Global trade was disrupted last March when one of the world’s largest cargo ships became wedged in the Suez Canal, blocking all of the ships trying to access the canal for six days. After it was freed, the ship was impounded for three months while reparations were negotiated, reported the BBC.

Its predicament briefly transformed international shipping into a spectator sport. Azmi Haroun of The Insider reported, “Social media users were quick to find deeper meaning in the ‘Big Engine That Couldn’t.’”

In 2016, Musk explained his focus on space travel. “History is going to bifurcate along two directions. One path is we stay on Earth forever, and then there will be some eventual extinction event…The alternative is to become a spacefaring civilization and a multi-planet species, which I hope you would agree is the right way to go.”

By the way, Dictionary.com chose ‘Allyship’ as its word of the year. The Oxford Languages chose ‘Vax,’ and Australia’s Macquarie Dictionary chose ‘Strollout’ (in recognition of the country’s slow vaccine rollout).

“Be at war with your vices, at peace with your neighbors, and let every new year find you a better [person].”
—Benjamin Franklin, writer

PrevPreviousWeekly Commentary | December 21, 2021
Next5 Tips for a Financially Strong 2022Next