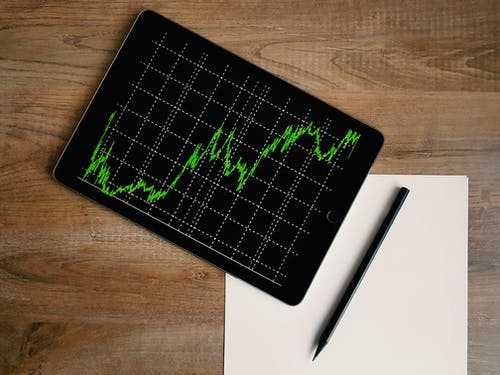 Contrarian investors like to buck the trend. They buy when other investors are selling and sell when others are buying.

Last week, Bank of America (BofA) delivered a contrarian’s dream. BofA’s monthly survey of 225 global asset managers, who are responsible for $645 billion in assets under management, showed the managers were almost fully invested, according to CNBC.

The survey showed asset managers’, “…cash levels at the lowest since March 2013, global equity allocations at a 10-year high, and a record number of respondents reporting taking a ‘higher than normal’ level of risk,” reported Randall Forsyth of Barron’s.

Throughout the month of February, people in the United States celebrate the achievements of Black Americans. President Gerald Ford started the tradition in 1976 to “…seize the opportunity to honor the too-often neglected accomplishments of Black Americans in every area of endeavor throughout our history.” Test your knowledge by taking this brief quiz.

2. Eugene Bullard was the first African American pilot to serve in the Armed Forces. He worked as an air gunner for the French Army and served in two American wars. Which wars did he serve in?
A. World War I and World War II
B. World War II and Korean War
C. Korean War and Vietnam War
D. Vietnam War and Grenada

3. One Black American author, who has won the National Book Award, the Carnegie Medal for Excellence in Fiction, the MacArthur Genius Grant, and many other awards, described the work this way, “When you write, it’s like braiding your hair. Taking a handful of coarse unruly strands and attempting to bring them unity.” What is the author’s name?
A. Candace Carty-Williams
B. Marlon James
C. Edwidge Danticat
D. Ta-Nehisi Coates

4. Alabamian Percy Julian didn’t attend high school, but he earned a PhD from DePauw University. Julian graduated Phi Beta Kappa at the top of his class. Historically, he is regarded as one the most influential leaders in his field. What was his field of study?
A. Law
B. Medicine
C. Chemistry
D. History

“No person is your friend who demands your silence, or denies your right to grow.”
–Alice Walker, American novelist and poet

Investment advisory services offered through Keystone Financial Services, an SEC Registered Investment Advisor. These views are those of Carson Coaching, and not the presenting Representative, the Representative’s Broker/Dealer, or Registered Investment Advisor, and should not be construed as investment advice. This newsletter was prepared by Carson Coaching. Carson Coaching is not affiliated with the named firm or broker/dealerGovernment bonds and Treasury Bills are guaranteed by the U.S. government as to the timely payment of principal and interest and, if held to maturity, offer a fixed rate of return and fixed principal value. However, the value of fund shares is not guaranteed and will fluctuate. Corporate bonds are considered higher risk than government bonds but normally offer a higher yield and are subject to market, interest rate and credit risk as well as additional risks based on the quality of issuer coupon rate, price, yield, maturity, and redemption features. The Standard & Poor’s 500 (S&P 500) is an unmanaged group of securities considered to be representative of the stock market in general. You cannot invest directly in this index. All indexes referenced are unmanaged. The volatility of indexes could be materially different from that of a client’s portfolio. Unmanaged index returns do not reflect fees, expenses, or sales charges. Index performance is not indicative of the performance of any investment. You cannot invest directly in an index. The Dow Jones Global ex-U.S. Index covers approximately 95% of the market capitalization of the 45 developed and emerging countries included in the Index. The 10-year Treasury Note represents debt owed by the United States Treasury to the public. Since the U.S. Government is seen as a risk-free borrower, investors use the 10-year Treasury Note as a benchmark for the long-term bond market. Gold represents the afternoon gold price as reported by the London Bullion Market Association. The gold price is set twice daily by the London Gold Fixing Company at 10:30 and 15:00 and is expressed in U.S. dollars per fine troy ounce. The Bloomberg Commodity Index is designed to be a highly liquid and diversified benchmark for the commodity futures market. The Index is composed of futures contracts on 19 physical commodities and was launched on July 14, 1998. The DJ Equity All REIT Total Return Index measures the total return performance of the equity subcategory of the Real Estate Investment Trust (REIT) industry as calculated by Dow Jones. The Dow Jones Industrial Average (DJIA), commonly known as “The Dow,” is an index representing 30 stock of companies maintained and reviewed by the editors of The Wall Street Journal. The NASDAQ Composite is an unmanaged index of securities traded on the NASDAQ system. International investing involves special risks such as currency fluctuation and political instability and may not be suitable for all investors. These risks are often heightened for investments in emerging markets. Yahoo! Finance is the source for any reference to the performance of an index between two specific periods. The risk of loss in trading commodities and futures can be substantial. You should therefore carefully consider whether such trading is suitable for you in light of your financial condition. The high degree of leverage is often obtainable in commodity trading and can work against you as well as for you. The use of leverage can lead to large losses as well as gains. Opinions expressed are subject to change without notice and are not intended as investment advice or to predict future performance. Economic forecasts set forth may not develop as predicted and there can be no guarantee that strategies promoted will be successful. Past performance does not guarantee future results. Investing involves risk, including loss of principal. The foregoing information has been obtained from sources considered to be reliable, but we do not guarantee it is accurate or complete. There is no guarantee a diversified portfolio will enhance overall returns or outperform a non-diversified portfolio. Diversification does not protect against market risk. Asset allocation does not ensure a profit or protect against a loss. Consult your financial professional before making any investment decision. Please contact our office if you would like a list of sources used in creating this content.