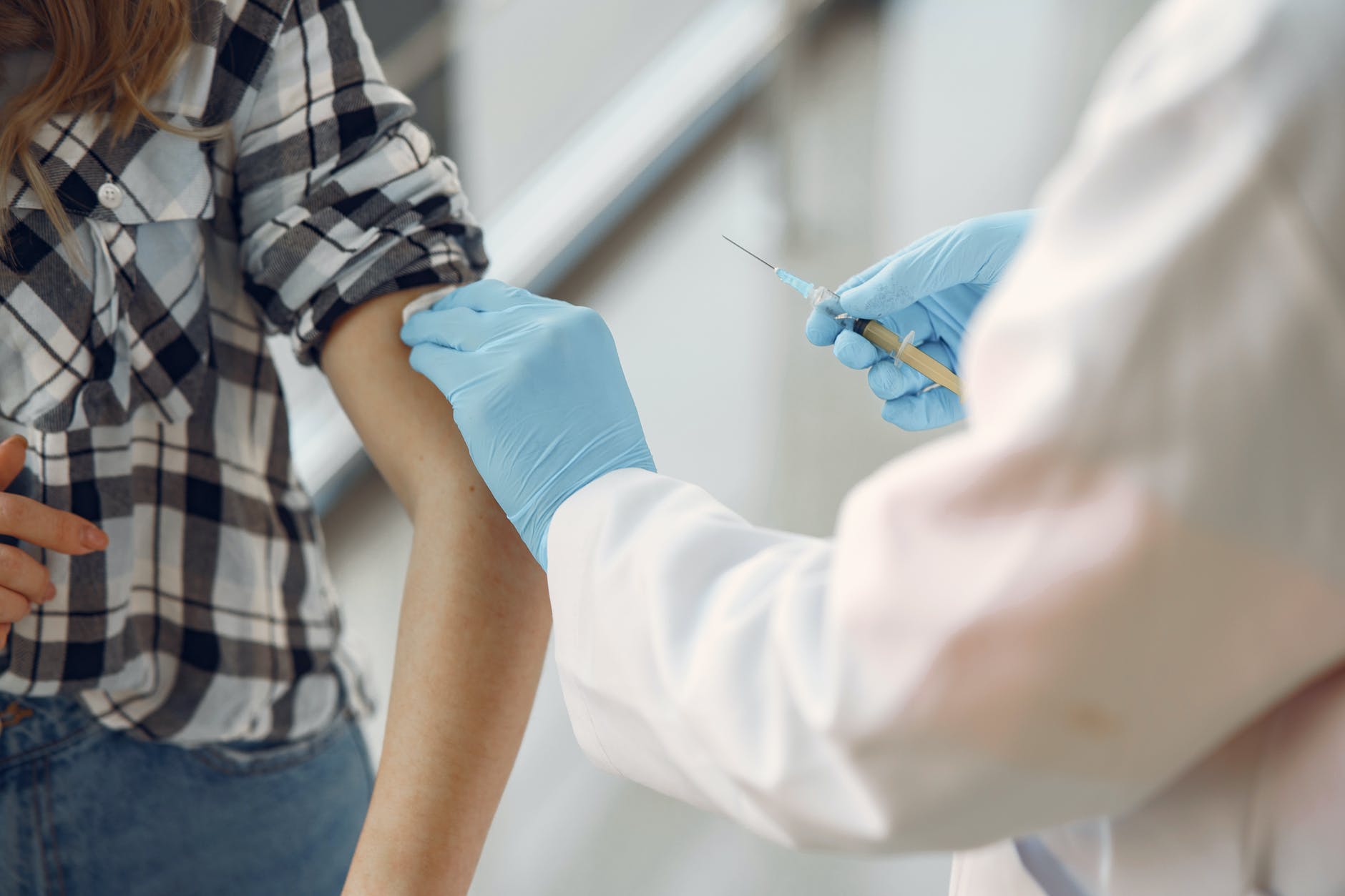 Neanderthal DNA may make people more – or less – susceptible to COVID-19, reported The Economist. It all depends on whether you have the genes and, if you do, which DNA string you inherited.

No matter what your gene sequence looks like, vaccines can help fight the virus. So far, all of the vaccines available in the United States have proven to be effective in preventing hospitalization and death from coronavirus, according to the Centers for Disease Control (CDC).

We saw the economic effect of accelerating vaccinations last week when the number of new jobs created in February exceeded expectations. The Bureau of Labor Statistics reported there were 379,000 new jobs, primarily in the leisure and hospitality sector, which was hard hit by the virus and lockdowns.

The Economist reported, “…there is a strong case for optimism. The experience of places such as New Zealand and Australia is that once the threat of coronavirus has passed, people are keener than ever on being out and about. Meanwhile, the vaccine roll-out continues to accelerate…The Senate is considering another $1.9trn in stimulus, including [checks] of $1,400 to most Americans. The job market has been deeply wounded. But there are growing reasons to hope that it might heal rapidly.”

Last week, investors disdained companies they have previously favored, according to a source cited by Ben Levisohn of Barron’s. The source analyzed the market by screening “…for stocks that had supersized 12-month returns at the end of 2020, faster relative growth, price/earnings ratios that were more than double that of the Russell 1000, and a minimum market capitalization of $10 billion…all of which fell at least 9 percent this past week.”

“CBDC is different from cash, as it comes in a digital form unlike physical coins and banknotes. CBDC is also different from existing forms of cashless payment instruments for consumers such as credit transfers, direct debits, card payments and e-money, as it represents a direct claim on a central bank, rather than a liability of a private financial institution. This type of riskless claim also makes CBDC different from cryptocurrencies…or other private digital tokens…”

There are many potential benefits of CBDC. The Economist reported:

“Cashless transactions make for faster, more reliable payments and are less susceptible to counterfeiting. Issuing digital cash is cheaper than minting coins, so long as it is protected against hacking. Officials also have an easier time monitoring how digital money is used, making it harder to fund criminal activities. In poorer countries, central banks hope that digital currencies will bring unbanked citizens into the financial system, boosting economic development.”

Central banks in developed countries have been slower to pursue CBDC than those in emerging nations. According to BIS, seven of the eight banks engaged in advanced CBDC planning are in emerging countries. China’s central bank is leading the CBDC charge among developed nations. It recently introduced the electronic Chinese yuan, or eCNY.

When evaluating CBDCs, it’s important to understand how the currency operates. For example, Felix Salmon of Axios reported China’s eCNY:

“…doesn’t use blockchain technology. Instead, the ledger of who owns what is closely held at the Chinese central bank – and nowhere else…eCNY requires full trust of the Chinese monetary authorities. If it goes global, then China will at all times know exactly how much of its currency you possess – and could zero you out for any or no reason.”

CBDCs may become part of the new normal that emerges as the coronavirus threat passes.

“If this country is ever demoralized, it will come from trying to live without work.”
–Abraham Lincoln, 16th U.S. President

Investment advisory services offered through Keystone Financial Services, an SEC Registered Investment Advisor. These views are those of Carson Coaching, and not the presenting Representative, the Representative’s Broker/Dealer, or Registered Investment Advisor, and should not be construed as investment advice. Government bonds and Treasury Bills are guaranteed by the U.S. government as to the timely payment of principal and interest and, if held to maturity, offer a fixed rate of return and fixed principal value. However, the value of fund shares is not guaranteed and will fluctuate. Corporate bonds are considered higher risk than government bonds but normally offer a higher yield and are subject to market, interest rate and credit risk as well as additional risks based on the quality of issuer coupon rate, price, yield, maturity, and redemption features. The Standard & Poor’s 500 (S&P 500) is an unmanaged group of securities considered to be representative of the stock market in general. You cannot invest directly in this index. All indexes referenced are unmanaged. The volatility of indexes could be materially different from that of a client’s portfolio. Unmanaged index returns do not reflect fees, expenses, or sales charges. Index performance is not indicative of the performance of any investment. You cannot invest directly in an index. The Dow Jones Global ex-U.S. Index covers approximately 95% of the market capitalization of the 45 developed and emerging countries included in the Index. The 10-year Treasury Note represents debt owed by the United States Treasury to the public. Since the U.S. Government is seen as a risk-free borrower, investors use the 10-year Treasury Note as a benchmark for the long-term bond market. Gold represents the afternoon gold price as reported by the London Bullion Market Association. The gold price is set twice daily by the London Gold Fixing Company at 10:30 and 15:00 and is expressed in U.S. dollars per fine troy ounce. The Bloomberg Commodity Index is designed to be a highly liquid and diversified benchmark for the commodity futures market. The Index is composed of futures contracts on 19 physical commodities and was launched on July 14, 1998. The DJ Equity All REIT Total Return Index measures the total return performance of the equity subcategory of the Real Estate Investment Trust (REIT) industry as calculated by Dow Jones. The Dow Jones Industrial Average (DJIA), commonly known as “The Dow,” is an index representing 30 stock of companies maintained and reviewed by the editors of The Wall Street Journal. The NASDAQ Composite is an unmanaged index of securities traded on the NASDAQ system. International investing involves special risks such as currency fluctuation and political instability and may not be suitable for all investors. These risks are often heightened for investments in emerging markets. Yahoo! Finance is the source for any reference to the performance of an index between two specific periods. The risk of loss in trading commodities and futures can be substantial. You should therefore carefully consider whether such trading is suitable for you in light of your financial condition. The high degree of leverage is often obtainable in commodity trading and can work against you as well as for you. The use of leverage can lead to large losses as well as gains. Opinions expressed are subject to change without notice and are not intended as investment advice or to predict future performance. Economic forecasts set forth may not develop as predicted and there can be no guarantee that strategies promoted will be successful. Past performance does not guarantee future results. Investing involves risk, including loss of principal. The foregoing information has been obtained from sources considered to be reliable, but we do not guarantee it is accurate or complete. There is no guarantee a diversified portfolio will enhance overall returns or outperform a non-diversified portfolio. Diversification does not protect against market risk. Asset allocation does not ensure a profit or protect against a loss. Consult your financial professional before making any investment decision. Please contact our office if you would like a list of sources used in creating this content.