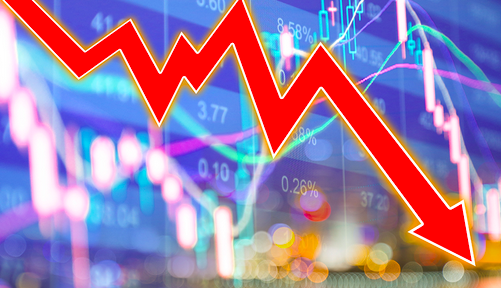 Russian President Vladimir Putin’s decision ignited the biggest military conflict in Europe since World War II. The war is already exacting a terrible human toll. It has also disrupted global markets and raised questions about the potential economic impact on Russia, Ukraine and the rest of the world.

The Russia Trading System (RTS) Index, which is a gauge of the Russian stock market, dropped 38 percent early last week, although “financial markets partially recovered during Friday’s session…as traders assessed a wave of sanctions imposed by western powers that spared the country’s energy sector on which other parts of Europe are strongly dependent,” reported Robin Wigglesworth and colleagues at Financial Times (FT).

Major stock indices in the United States, Europe and Asia declined sharply at the start of last week, too. Some U.S. stock indices experienced corrections, meaning they moved 10 percent lower than recent highs. While corrections are unpleasant, they’re not uncommon and they can help wring excess from frothy markets, reported Stan Choe of Associated Press (AP).

Not everyone shares that perspective. Colby Smith and Caitlin Gilbert of FT reported, “Despite the sharp escalation in geopolitical tensions, market expectations for the future path of Fed policy have not wavered significantly, with six quarter-point rate rises still penciled in for this year. While several Fed officials have since acknowledged potential economic costs tied to Russia’s attacks, they appear steadfast in their plans to withdraw monetary support.”

Will China Follow Russia’s Example?
Governments and investors are also keeping an eye on China. The world’s response to Russia, “may affect how Chinese President Xi Jinping does or doesn’t proceed with reclaiming Taiwan, which is much more critical to the global supply chain and thus the U.S. economy and financial markets,” wrote Lisa Beilfuss of Barron’s. “Taiwan’s domination of semiconductor manufacturing is particularly notable at a time when the global chip shortage is one factor behind the everything shortage.”

Beijing has long held that democratically governed Taiwan is part of China, reported Yimou Lee and colleagues at Reuters.

Your Portfolio and Your Financial Goals
The war in Europe will have far-reaching consequences, many of which remain unclear at this point. As a result, markets are likely to remain volatile. While current market conditions may be nerve-wracking for investors, history has shown that selling out of fear, while markets are down, is a poor way to grow assets.

A better choice is to focus on whether your portfolio aligns with your financial goals. If last week’s gut check left you with concerns about risk, give us a call. We’re happy to review your portfolio with you and see whether changes are needed.

Ukraine and Russia are leading providers of key agriculture and energy products. As a result, the war is likely to create shortages of some resources. When demand for a resource is high and the supply is low, prices tend to increase.

In this case, prices of grain, oil and gas, and marine shipping are moving higher because Russia and Ukraine are:

For comparison, the United States is forecast to export about 22 mm tons of wheat in the same period.

Wheat and grain prices have increased sharply since the conflict began, but inflation isn’t the only concern. “The disruption of grain exports from Ukraine and Russia through the Black Sea will probably lead to physical shortages of food in the world, particularly for countries dependent on those supplies… such as Egypt, Tunisia, Morocco, Pakistan and Indonesia,” reported John Dizard of FT.

Critical to Europe’s energy security
Oil prices have been on the rise for more than a year, in part because of supply and demand issues related to the pandemic. Last week, the price of oil rose even higher as investors, “digested the news that the world’s second biggest oil exporter [Russia] had gone to war with a country at the center of a web of energy export infrastructure [Ukraine],” reported Derek Brower and colleagues at FT.

Russia also is the world’s top exporter of natural gas. It supplies about one-third of Europe’s natural gas, which is piped from Siberian fields through Ukraine’s gas transport system to the Eurozone. Some Russian oil also travels through Ukraine to Europe, reported Áine Quinn and Elena Mazneva in Fortune. A disruption in oil and gas supplies could lead to shortages in Europe and push energy prices higher.

Important shipping ports
The Black Sea and the Sea of Azov are home to ports where grain, chemicals, steel and other exports are loaded and shipped to other parts of the world. In the early days of the war, three non-military cargo ships were damaged by Russian air strikes or missiles. As a result, the London marine insurance market changed the risk status of the Russian and Ukrainian waters in the Black Sea and the Sea of Azov, designating them as high-risk regions. The change will increase the costs of shipping and could push global inflation higher.

The war is likely to affect governments, economies and financial markets in additional ways. If you would like to talk about the potential implications, get in touch.

“Success is not final, failure is not fatal, it is the courage to continue that counts.”
—Winston Churchill, British Prime Minister